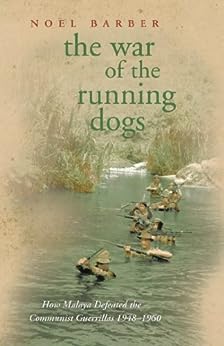 'The story of the first all-out struggle in Asia between Communism and the West, vividly told in an exciting and engrossing book' Sunday ExpressOnly three short years after the end of the Japanese occupation, war came again to Malaya. The Chinese-backed guerrillas called it the War of the Running Dogs - their contemptuous term for those in Malaya who remained loyal to the British. The British Government referred to this bloody and costly struggle as the 'Malayan Emergency'. Yet it was a war that lasted twelve years and cost thousands of lives. By the time it was over Malaya had obtained its independence - but on British, not on Chinese or Communist terms. Here is the war as it was. Here are the planters and their wives on their remote rubber estates, the policemen, the generals and the soldiers, the Malays, Chinese and Indians of a polyglot country, all fighting an astute, ruthless, and well organized enemy.