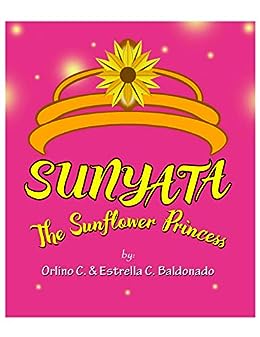 Princess Sunyata as a child was outgoing and the darling of her kingdom. But when she grew up, she turned into a nocturnal person, with plenty of energy and pep during the night, but slept most of the day. She attended parties at some bad places. Her parents, the King and Queen, asked a wizard for help. The wizard turned Sunyata into a sunflower, visible to the entire kingdom as before, and would remain as a plant until a prince came along to take her away. A Prince Meneleo, looking for a wife, was a collector of plant species. When he saw the strange sunflower, he cut it down and stole it. This broke the wizard’s spell and turned the cut sunflower into the real Princess Sunyata. Thus, he found his future bride.