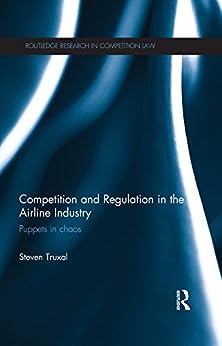 An examination of the relationship between competition and the deregulation and liberalisation of the US and European air transport sectors reveals that the structure of the air transport sector has undergone a number of significant changes. A growing number of airlines are entering into horizontal and vertical cooperative arrangements and integration including franchising, codeshare agreements, alliances, ‘virtual mergers’ and in some cases, mergers with other airlines, groups of airlines or other complementary lines of business such as airports. This book considers the current legal issues affecting the air transport sector incorporating recent developments in the industry, including the end of certain exemptions from EU competition rules, the effect of the EU-US Open Skies Agreement, the accession of new EU Member States and the Lisbon Treaty. The book explores the differing European and US regulatory approaches to the changes in the industry and examines how airlines have remained economically efficient in what is perceived as a complex and confused regulatory environment. Competition and Regulation in the Airline Industry will be of particular interest to academics and students of competition law as well as EU law.