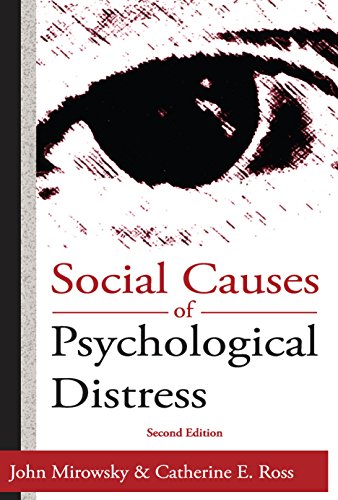 A core interest of social science is the study of stratification--inequalities in income, power, and prestige. Few persons would care about such inequalities if the poor, powerless, and despised were as happy and fulfilled as the wealthy, powerful, and admired. Social research often springs from humanistic empathy and concern as much as from scholarly and scientific curiosity. An economist might observe that black Americans are disproportionately poor, and investigate racial differences in education, employment, and occupation that account for disproportionate poverty. A table comparing additional income blacks and whites can expect for each additional year of education is thus as interesting in its own right as any dinosaur bone or photo of Saturn. However, something more than curiosity underscores our interest in the table. Racial differences in status and income are a problem in the human sense. Inequality in misery makes social and economic inequality personally meaningful. There are two ways social scientists avoid advocacy in addressing issues of social stratification. The first way is to resist projecting personal beliefs, values, and responses as much as possible, while recognizing that the attempt is never fully successful. The second way is by giving the values of the subjects an expression in the research design. Typically, this takes the form of opinion or attitude surveys. Researchers ask respondents to rate the seriousness of crimes, the appropriateness of a punishment for a crime, the prestige of occupations, the fair pay for a job, or the largest amount of money a family can earn and not be poor, and so on. The aggregate judgments, and variations in judgments, represent the values of the subjects and not those of the researcher. They are objective facts with causes and consequences of interest in their own right. This work is an effort to move methodology closer to human concerns without sacrificing the scientific grounds of research as such. The