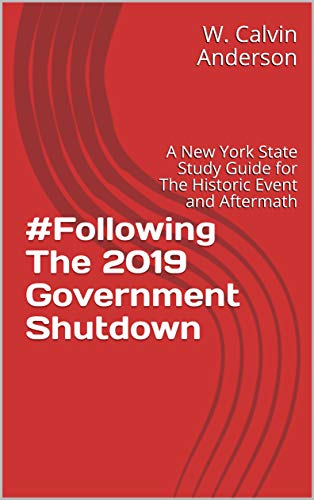 FollowingThe2019GovernmentShutdown: A New York State Study Guide for The Historic Event and Its Aftermath is an introductory review and co-curricular applied learning, social studies, political science and civics program for high school and college students. It was developed by W. Calvin Anderson, founder of the Student Empowerment Program, Inc. (SEP). There is a need for a carefully planned and easy-to-use “applied civics” student literacy program for high school and college students immediately following the January 2019 United States Government Shutdown because it was a phenomenological event – that we hope will never be repeated in our nation’s history. It was the longest shutdown of the oldest democracy on earth. It impacted federal workers (wages, families and financial contacts), [the people’s services with closed agencies and contractors], and impacted the infrastructure and sovereign image of the most powerful and respect nation in the world. American students are said to need (by NAEP) more applied learning opportunities to improve Civics testing grades and to keep up with the complex pace of active-citizenship and leadership in the United States of America. This program is for working with schools, programs, networks and others to increase student readiness in civics, political science and American government.